We wish to extend our sincere condolences to all connections of Mon Duchess who was put to sleep yesterday after a terrible injury on the All Weather at Southwell. She will be sadly missed by Lawrence and all connections. 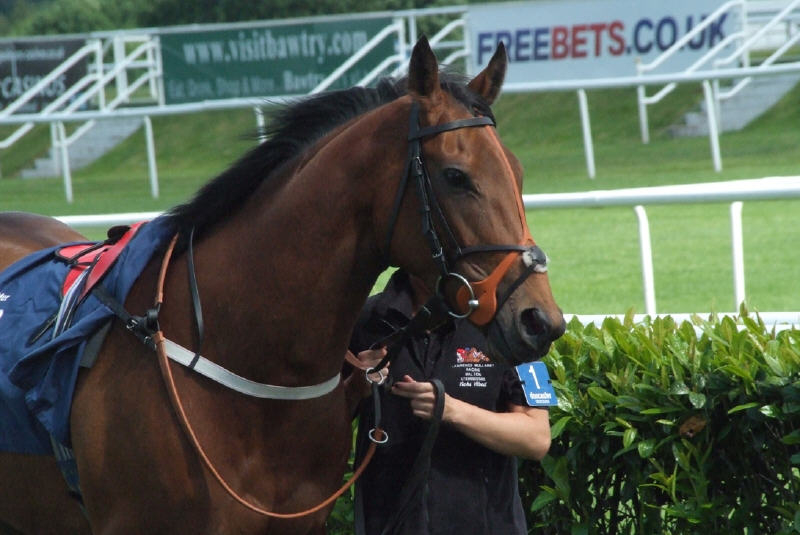 Arch Walker ran in the Class 6 handicap over 5 furlongs today at Bath. Daryll Holland was aboard the John Weymes trained 5 year old.

He was drawn in stall 10, a good start was necessary with a dogleg so soon after the start.  He delivered, he broke smartly and Dazzler got up to a share of the lead in the 1st furlong,

He was right up with the pace up until the last furlong when he couldn’t quicken with the leaders and finished a game third, Bath had some rain which was not ideal but the was another very good performance from Archie.

He has now finished in the money on 4 of his last 5 starts. It’s clear that the Dazzler gets on well with him. With a bit of luck, he will have his owners drinking Champagne sooner rather than later.

On To A Winner

Photos from Yourartisonfire at Redcar

Here are some pics of Yourartisonfire at Redcar yesterday, he ran well and finished 4th. Yourartisonfire is a beautiful looking animal. The pictures are by Sally O’ Brien, great work Sally!!

OnToAWinner are now offering 1% ownership on both Angels Calling and Mon Duchess, This is an ideal way for you or a loved one to taste racehorse ownership for minimal outlay. Get involved!

1% Lease Share of Mon Duchess available for £29 per month all inclusive , you will receive 1 owners badge when she runs. She is a certain winner. Click here for full profile of Mon Duchess : http://www.ontoawinner.net/flathorse/mon-duchess

Military Green & Niall O’ Brien feature in The Press today. Military Green has been adopted by The Press and readers will have a chance to go racing as an owner when Military Green runs. Click on the logo below for the full article by Steve Carroll.

They set off at a steady pace and Sally was forced to take up the lead early on. Having travelled up top for most of the race, it looked for a long time as if Sally would break her duck in the Yellow and White to win, unfortunately Pattern Mark swooped late to claim the spoils and Sally finished a gallant 2nd.

Sally has had a few problems this year but she is clearly coming back to herself, her owners can look forward to drinking some Champagne in the winners enclosure soon.

Archie took up a lead and had them on the stretch mid race, but faded in the final furlongs to finish 4th, paying for the early pace. He will be winning races soon.

Fast Shot ran in the feature race at Ripon today over 6 furlongs. His usual partner David Allan was aboard the Tim Easterby trained 4 year old.

The ground was described as Good to Soft and he was drawn 9 of 11 for the Class 3 handicap.

He broke smartly, David sat him just off the pace on the rail for the most part. 2 furlongs out, he looked to have every chance but didn’t pick up in the last furlongs, finishing a close 5th.

He always gives a good account of himself and hopefully we get a bit of rain in the next week or 2 so he has the conditions that he relishes.