On Wednesday Carbutt’s Ridge had his first day at school when he made his debut in the six furlong maiden at Hamilton and Keegan Latham rode. As the stalls opened Carbutt Ridge got some stage fright and was left standing for a spilt second as the other runners jumped off. Keegan was soon having to nudge along to get CR running and for him to realise he was in a race. As the field hurtled down the track Keegan was having to push and shove at CR who was running very green and although he never lost any more ground he wasn’t closing in on the rest of the field as they hit the furlong from home marker. CR kept going and finished at the rear of the field but will have learned alot from this experience.

On Friday Fazza went to Redcar and ran in the one mile two furlong handicap and Paul Mulrennan rode. From the off Paul got Fazza up tracking the early leader and as the field went down the back straight and made the turn into the home straight Paul was still sitting nicely in second place and they were travelling comfortably. As the field made their way up the home straight and the leader quickened the pace Fazza was still going nicely as some of his rivals behind came under pressure. Hitting the two furlong from home marker Paul made his move on Fazza and he pushed him up to join the leader.  Fazza and this horse then became involved in a dual with both horses giving everything. It was neck and neck but unfortunately just inside the last 100 yards Fazza just started to get the worst of the argument and dropped off the lead and it was then his efforts took its toll and he was passed in the shadows of the post by a couple of other horses finishing in fifth place. A gallant effort and just that last half a furlong stretched Fazza’s stamina costing him the win.

On Saturday Little Lady Katie ran at Ayr in their one mile handicap and Jordan Vaughan took the ride. Breaking from the stalls Jordan got a good break and with no one else wanting to go on in the lead Jordan pushed LLK forward into the lead. LLK was pricking her ears out in front and was enjoying herself bowling along at the head of affairs. Entering the straight Jordan was keen to hold onto LLK for as long as possible. Reaching the two furlong form home marker Jordan asked LLK to kick for home and her response was to put a couple of lengths between herself and the rest of the field with many jockeys in behind pushing their mounts along without any response. Inside the final furlong LLK last challenger came, LLK was still holding on and was giving everything to keep herself in front. Getting a little tired she just started to drift towards her challenger and hung across the track. LLK was still holding on and gamely stuck her neck out as the line came and she held on by a short head in the photo finish. A stewards enquiry was called and everyone had a nervous wait and it was absolutely gutting that the stewards decided to demote LLK to second place. Having viewed the head on footage LLK does drift across and nudge the other horses who in turn near the line bumps LLK back. It was a decision that could have gone either way but for me LLK was always holding that other horse to the line.

Check out some great pics from Karl Burkes Gallops 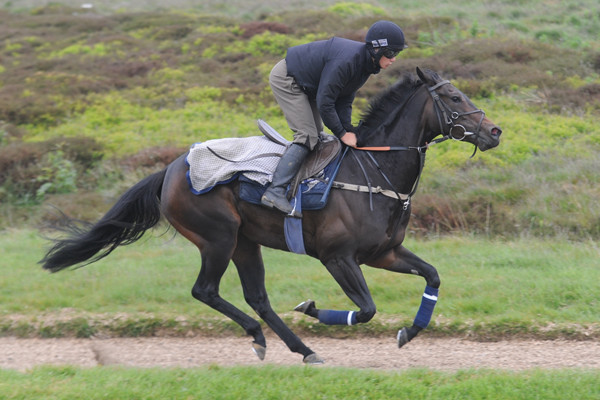 Little Lady Katie Leading them up 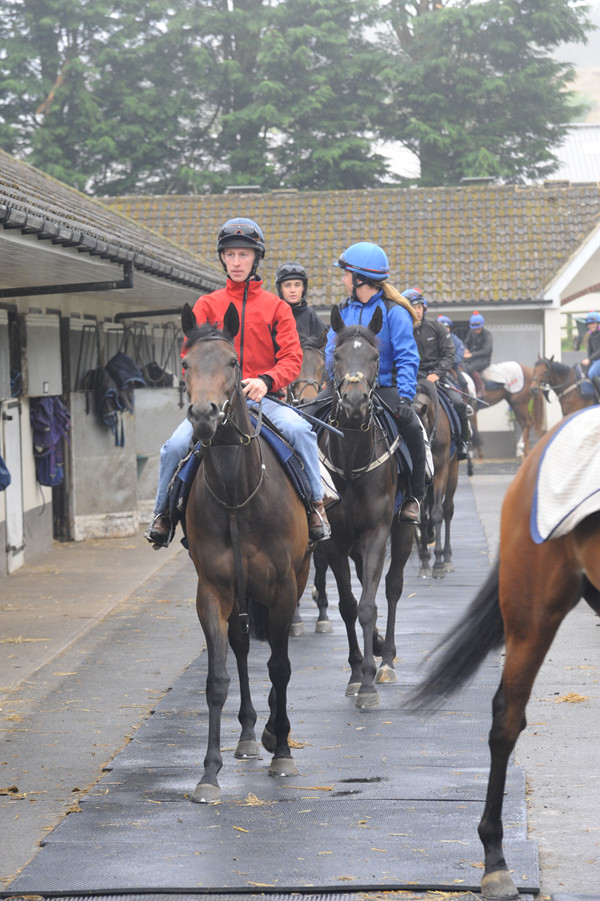 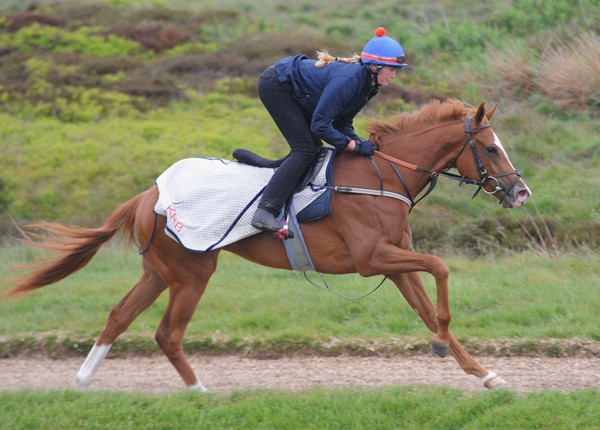 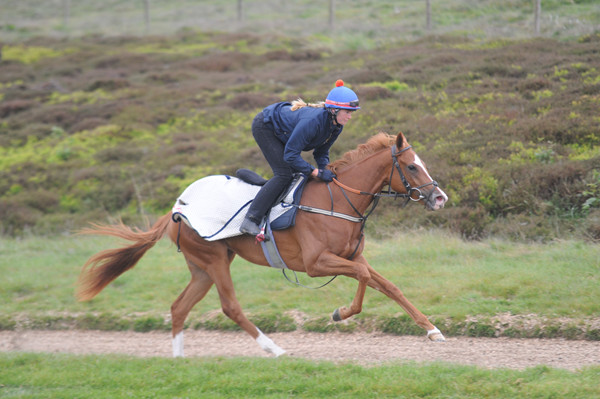 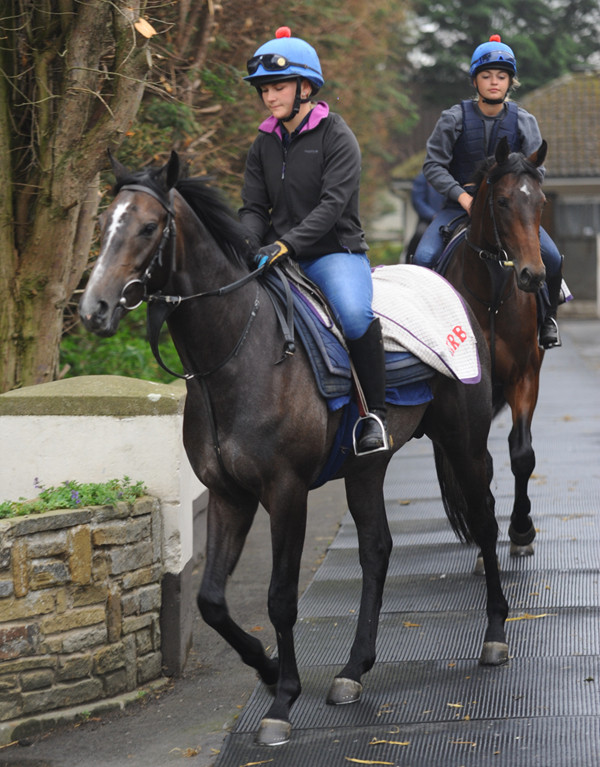 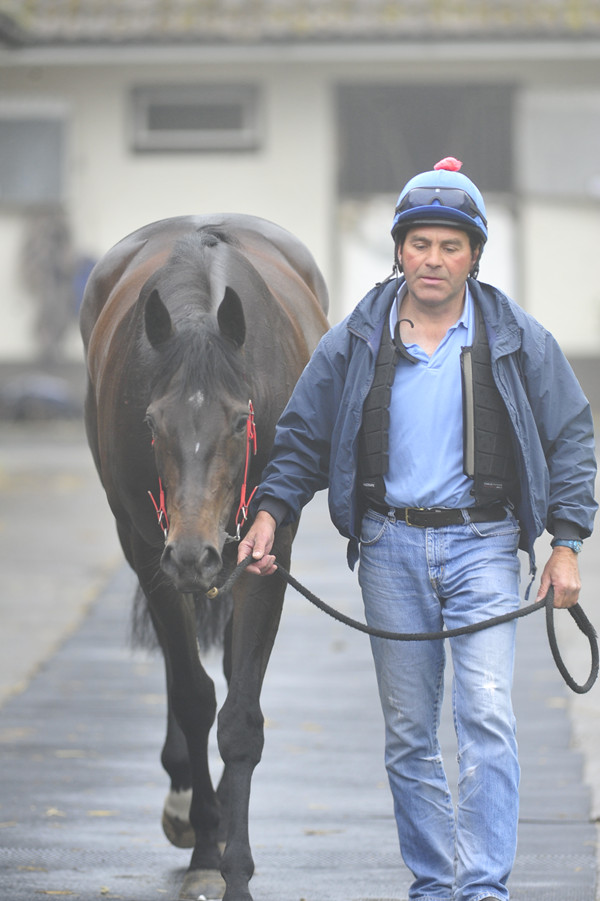 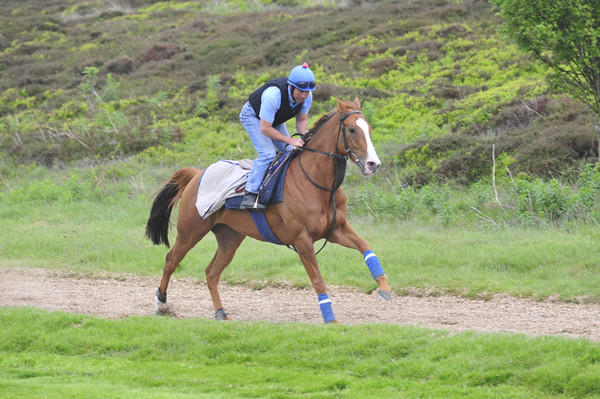 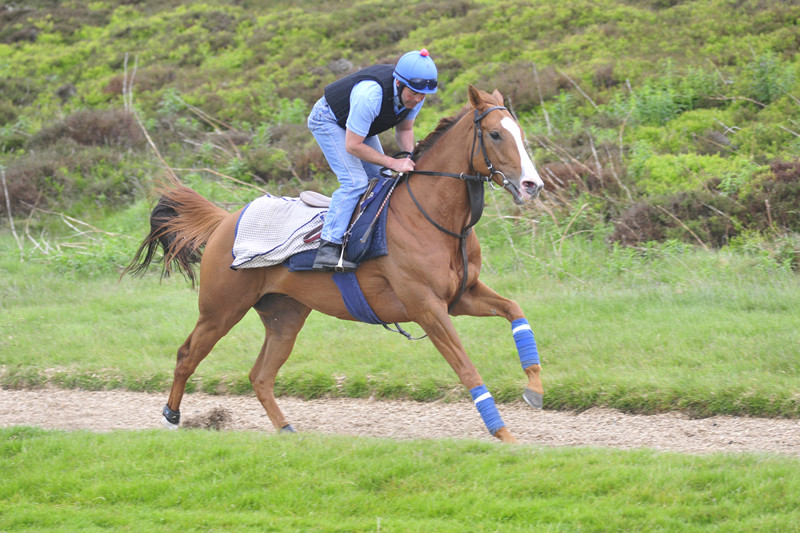 It was a busy day on Thursday with three runners appearing at different tracks. First up was Yeeoow who went to Nottingham and ran in the six furlong handicap and Joey Haynes rode. After his win last time out it was hoped that he could run another race of the same standard. The ground was very quick and as the field broke from the stalls Joey had Yeeoow running at the head of affairs and they disputed the lead with a couple of other horses. Racing down the straight Joey always seemed to be nudging away at Yeeoow to keep competitive with the other two horses and as the field hit the two furlong from home marker Joey was hard at work as the dash for home started. Joey tried to get a response from Yeeoow but within half a furlong it was obvious their chance had gone and in the final furlong Joey accepted the situation allowing Yeeoow to finish his race off in his own time without being hard on the horse.

Next up was Bleu Astral who made his debut in the Ontoawinner colours when he ran at Uttoxeter in the two mile juvenile hurdle and Adam Wedge took the ride. With none of the runners having raced over hurdles before these races are usually incident packed and this race lived up to this billing. From the off Adam tried his hardest to settle the keen Bleu Astral. He was fighting for his head as the field got to the first hurdle and unfortunately Bleu Astral made a slight mistake and this sent him back towards the rear of the field. Jumping the second flight a jockey was unseated and this horse began to race loose in the middle of the field getting in the way of several horses as the field made their way down the home straight for the first time. Down the back straight the three leaders had kicked clear and the rest of the field were beginning to get adrift. Bleu Astral had settled better now and passed a couple of horses even though his jumping at the hurdles was very novicey at times. Into the home straight two horses had shot clear form the rest of the field and had the race between them whilst the rest of the field where now running for the minor honours, at the third last hurdle the loose horse ran right across the hurdle causing a couple of horse to pull up and then the loose horse decided to cannon into Bleu Astral causing the horse to lose momentum. Adam managed to pull around the loose horse and here Bleu Astral got tired on the watered ground and Adam did well to get him over the final hurdles and they finished in fourth place very tired. Not settling in the race did not help Bleu Astral’s cause and the fact that he hadn’t run for over six months also counted against him so he will no doubt improve for this run.

Finally on Thursday Sakhee’s Return went to Haydock to contest their seven furlong handicap and Duran Fentiman rode. Breaking from the stalls Duran got Sakhee’s nicely settled tracking the early speed which was set at a good clip. Rounding the turn into the home straight Duran still had Sakhee’s positioned up against the rail in third place. They were still travelling powerfully as the field hit the two furlong from home marker with many of his rivals in behind working hard to keep up. Just before the furlong from home maker Duran eased Sakhee’s out and they now had a clear run with just one horse in front of them. Duran went for his whip and the response from Sakhee’s was immediate and impressive as he first joined and then quickened clear from his only serious rival. Duran kept Sakhee’s up to his work and they shot clear. Easing up at the line they had put four lengths between themselves and the second horse and their time was confirmed as a course record. A highly impressive performance from a horse who has always threatened to get better with age and now he is showing his true potential.

On Saturday at York Flying Pursuit ran in the six furlong maiden which looked a decent race on paper with several well-bred and expensive newcomers, James Sullivan took the ride. From the off FP started well and was soon up with the leader and as they went over a road crossing, FP fly jumped it but fortunately this caused no loss in his momentum and he was still sharing the lead. Heading down the track FP was racing keenly and was having a good battle for the lead. Inside the final two furlongs he just began to drop back as he came under pressure and was passed by a couple of horses. It looked like FP would get swallowed up by the rest of the field as he got a bit tired but to his great credit inside the final half a furlong he began to find his feet and   he ran on again. FP crossed the line in sixth place beaten only five lengths by the winner, with another five lengths back to the seventh placed horse. A very respectable effort from a horse that is learning his trade all the time and will get better with time.

Teds Brother ran in the one mile handicap at Doncaster on Sunday.  Teds Brother breaking from the stalls was settled in midfield on the rain softened ground. Connor Beasley was happy to allow Teds Brother to track the pace as the field were grouped closely together down the far side of the track. Turning into the home straight the entire field made their way down the centre of the course and as the field approached the three furlong from home pole the pace increased and lots of the runners came under pressure on the testing conditions. Teds Brother was one of these horses and Connor was hard at work trying to get Teds Brother into contention. Approaching the final furlong a few horses went clear, unfortunately Teds Brother was not one of these and accepting the situation inside the final furlong Connor heavily eased Teds Brother allowing him to finish the race in a canter as he had no chance of reaching the frame. The ground had become extremely testing and although Teds like’s some ease in the ground this surface was too much of a test for him today it appears. He lost his action late on.