We had a couple of excellent racecourse debuts this week.

Raydiance, a cracking Mayson Colt lined up in the Bettinggod.com Quentin Franks Novice stakes over 6 furlongs at Nottingham. He was drawn in stall 5 for the 7 runner event with PJ McDonald taking the ride.

Raydiance tracked the leaders and with a couple of furlongs to go, it became clear that it was going to be a straight forward battle between our colt and the John Gallagher trained Green Power.

Raydiance battled gamely but was denied by a neck and finished a gallant second. Green Power had racecourse experience and the rail to guide him and it proved invaluable in the end with the first pair finishing 9 lengths clear of 3rd, a fantastic debut effort.

Magic Mark, by Helmet colt made his debut at Carlisle in the British Stallions Plus 10 race over 5 furlongs with the talented Clifford Lee taking a valuable 5 pounds off.
He had to overcome a bad draw in stall 10 and came up the outside of the field to come 3rd in a blanket photo finish. With better luck on the draw, he may have won, a taking performance on debut.

Elsewhere, Our Charlie Brown was a very unlucky loser at the same track when cut up by the eventual winner a couple of furlongs out only to be beaten a neck. After long deliberations in the stewards room, the Kevin Ryan trained Heir Of Excitement kept the race with Our Charlie Brown finishing second, his turn will come soon.

We are looking forward to Quiet Reflections seasonal reappearance this weekend in the Group 2 Temple Stakes at Haydock. This mini heatwave is not ideal but she is fit and well and we look forward to her taking part, a bit of rain is welcome!

Elsewhere, G Force makes his debut in the Ontoawinner colours and will line up at The Curragh in the Hanlon Concrete Handicap on Saturday. He is in good form at home and we look forward to seeing him on the track. 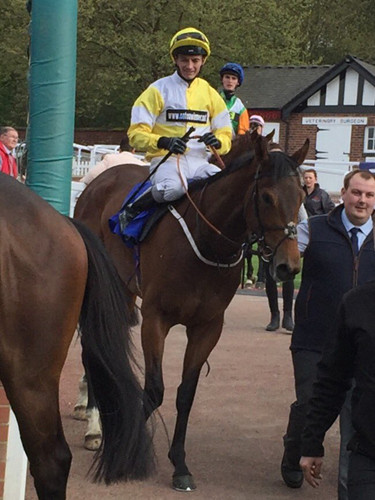 Suitcase ‘N’ Taxi lined up in the Class 5 Colonel And Mrs Padgett Handicap yesterday at Pontefract. He was an unlucky loser last time out when he hung left in the final strides to finish second to our own Dandy Highwayman at Ripon.

With David Allan aboard, he was drawn in stall 10 for the 11 runner race. A good start was imperative and he duly obliged. David kicked him from the gates into an early lead come the bend. He kept him up to his work in the home straight and he went on to win by just under 3 lengths, an excellent performance and a well-deserved victory for the Major Cadeaux gelding.

Elsewhere, we had 2 other runners on a busy day for Ontoawinner. Corinthia Knight was seeking a treble to start his racing career and finished an excellent second to a very smart performer in a very competitive race. He is a really nice type and will now head to Royal Ascot. Yeeoow ran at Pontefract and performed well for a long way before fading in the home straight. His turn will come. Aguerooo was withdrawn from the same race due to unsuitable ground.