Life Of Riley scores at Ripon

The Karl Burke trained Life Of Riley won on only his second outing yesterday when landing the British Stallion Ebf Novice Stakes over the minimum trip under a very good ride by Ben Curtis.

He was drawn in stall 3 for the 7 runner event. In the early stages of the contest, Ben sat off the leaders in 3rd place. Approaching the 2 marker, Ben angled Life Of Riley out and began to make his challenge. At the furlong marker, Ben galvanised Life Of Riley and he went on to win by just over a length beating some nice types on the day.

He brought up our 1st 2 year old winner of the year. He was still a bit green but he won with his ears pricked, there looks to be plenty more to come from this son of Showcasing. 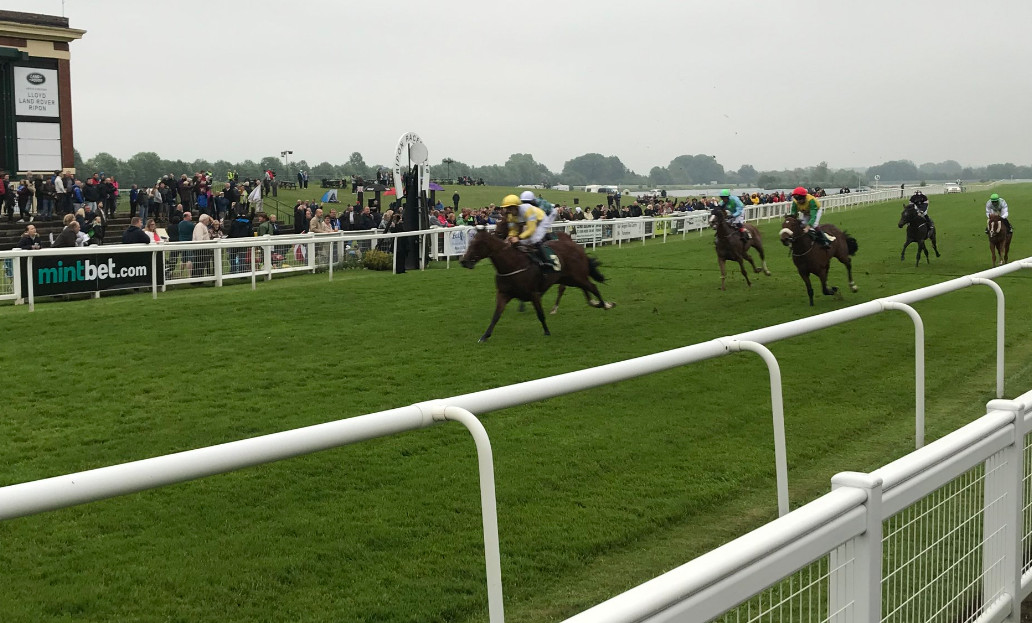