Brutalab all heart in victory at Beverley!

Brutalab won with grit and determination at what looks like his favourite track, Beverley at their 24th of September meeting!

Always prominent from the off, the Epaulette gelding travelled strongly to contest the lead at the 3f pole. Having to battle hard up the long straight, it looked like a handful of horses could take the race, but Brutalab battled gamely to win by a short head, all heart from a tough horse!

Well done to all his owners on your success, that’s your second win with him in as many months, well deserved too! Thank you and well done to Tim Easterby, William Easterby and all the team at Great Habton!

Brutalab was purchased by the Ontoawinnerv buying team and Tim Easterby at the 2018 Goffs Breeze-ups for £18,000! This success means every 2 year old we had with Tim in 2018 has won at least 2 races, some achievement by the team at Great Habton, thank you to Tim and his team!

Well done again to all connections, he looks another tough Ontoawinner horse! 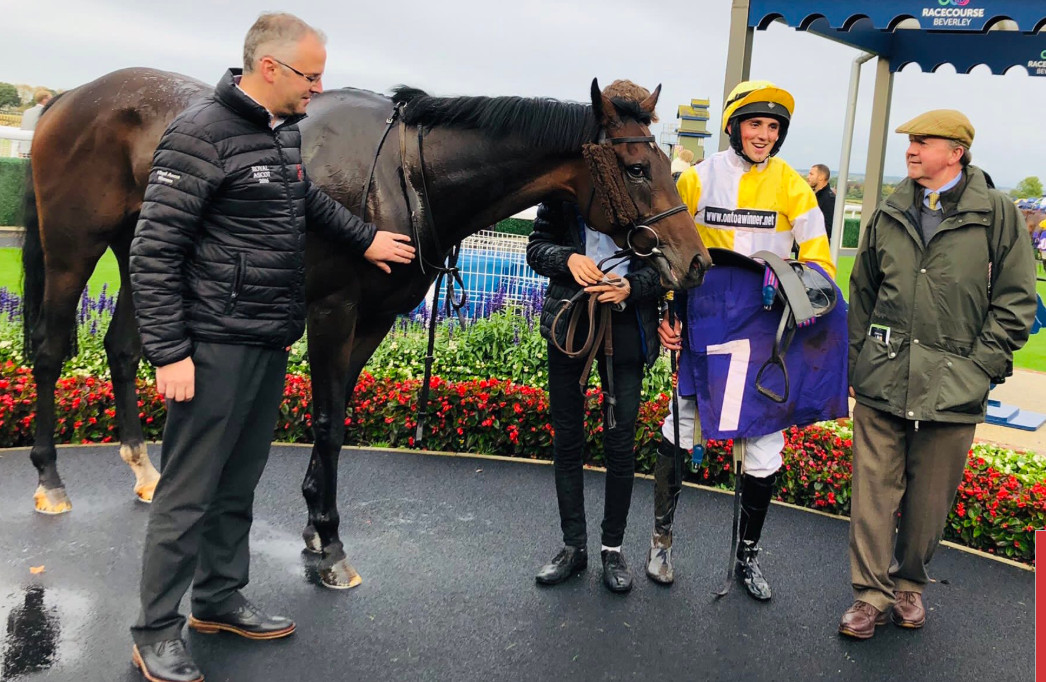 Corinthia Knight made his trip to Sweden a winning one by taking the LISTED Sprint at Bro Park’s Sunday 22nd of September meeting!

Settled behind the leaders, the Society Rock gelding made a run for the lead just after turning the last bend and made headway to prevail by a length!

Well done to all his owners on your victory, he’s been a fantastic horse for us! Thank you and well done to Archie Watson, Luke Morris and all the team at Saxon Gate!

Corinthia Knight was purchased at Tattersalls Ireland yearling sale for 15,000 euros by the shrewd Blandford Bloodstock/Archie Watson team in association with the Ontoawinner buying team! He’s now won about £300,000 in prizemoney and won 11 times.

Well done again to all connections, he’s now a Listed winner on both turf and all-weather! Hopefully he can have another fruitful all-weather campaign! 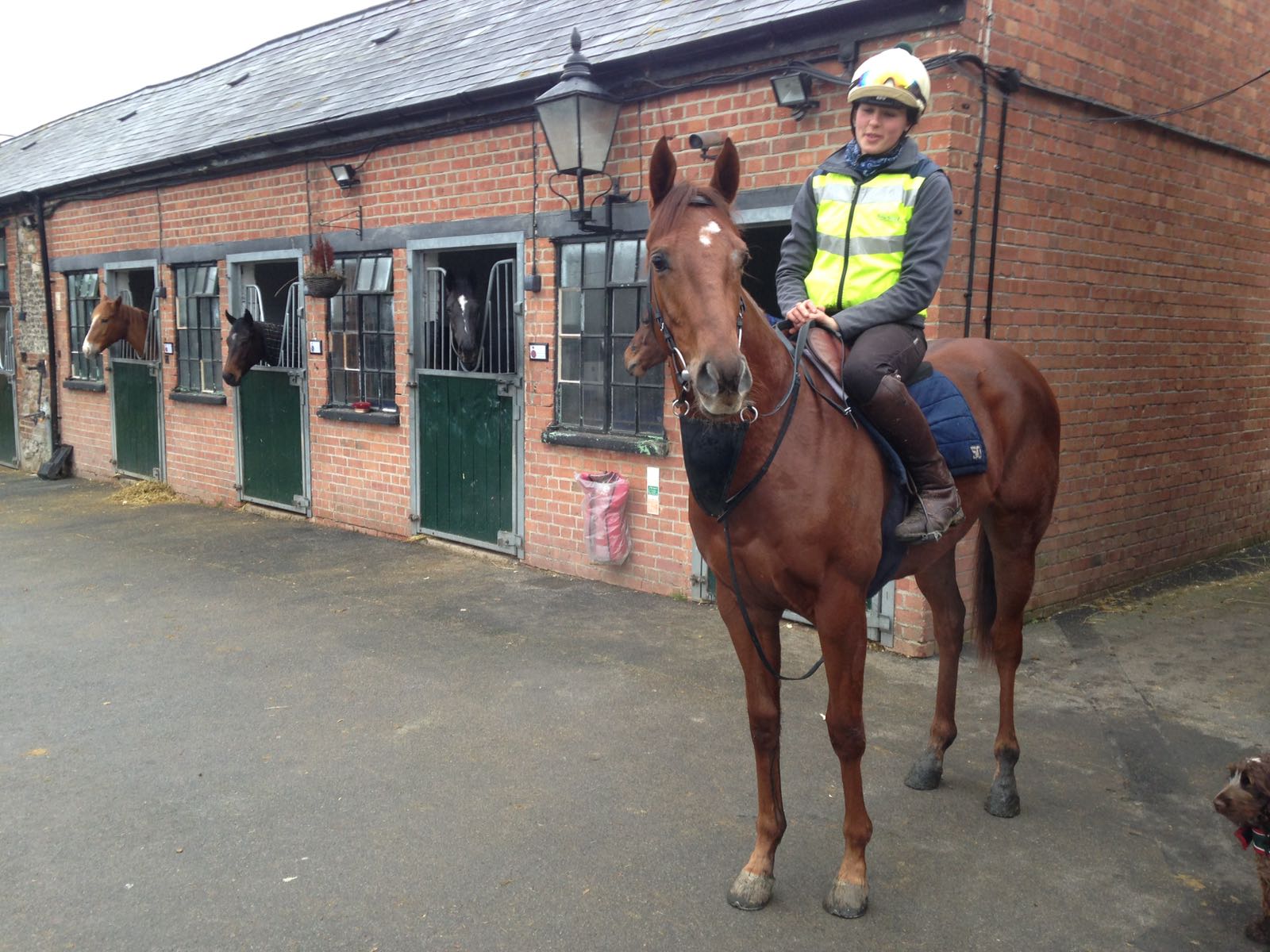 Ontoawinner and Towstars leading lights in syndicate operations in their respective sports of Horse Racing and Greyhound Racing have joined forces to share success and new purchases.

War of Clans battles to break his maiden at Brighton!

War of Clans produced a career best effort to break his maiden in good style in the first race of Brighton’s Monday 2nd September meeting!

Prominent from the off the Ivawood gelding travelled well until coming under a drive, battling well War of Clans got up in the last 75 yards to win by a comfortable 1 and a half lengths!

Well done to all his patient owners on your victory, a deserved success after losing the race at Ripon in the stewards room! Thank you and well done to Karl Burke, Harrison Shaw and all the team at Spigot Lodge!

War of Clans was purchased at Goffs Silver Sale for 18,000 by Karl Burke and the Ontoawinner buying team!

Well done again to all connections, on that performance you’d hope he’d be in the winners enclosure again! 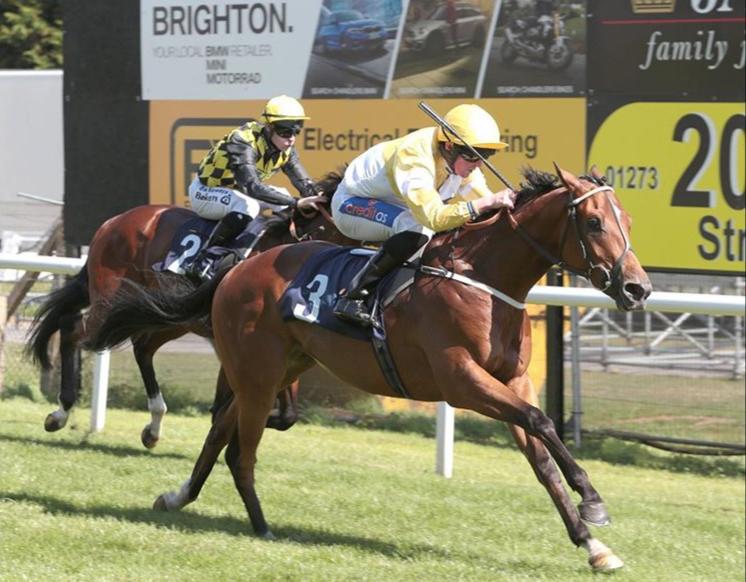