Suitcase ‘n’ Taxi with the 4 timer!

Suitcase ‘n’ Taxi won again at his current favourite track, Southwell at their 5th of January meeting to bring up a 4 timer.

He was at the forefront of proceedings again in the early stages, entering the straight it was clear the main danger would be the favorite on his inside but the Tim Easterby trained Major Cadeaux gelding battled superbly to hold off the challenge to record a 4 timer at the track since the 21st October.

Well done to all his owners on your success, to win 4 on the bounce is incredible and it’s very well deserved. Thank you and well done to Tim Easterby, Duran Fentiman and all the team at Great Habton!

Suitcase ‘n’ Taxi was purchased by the Ontoawinner buying team and Tim Easterby at the 2015 Goffs Sportsman Sale for €10,000! That’s his 8th victory for us in 4 seasons.

Well done again to connections, he obviously loves the surface there and hopefully there is more to come!

Our Charlie Brown also ran on the card but bumped his head leaving the stalls and was unfortunate that the race was over before it started, there will be better days ahead. 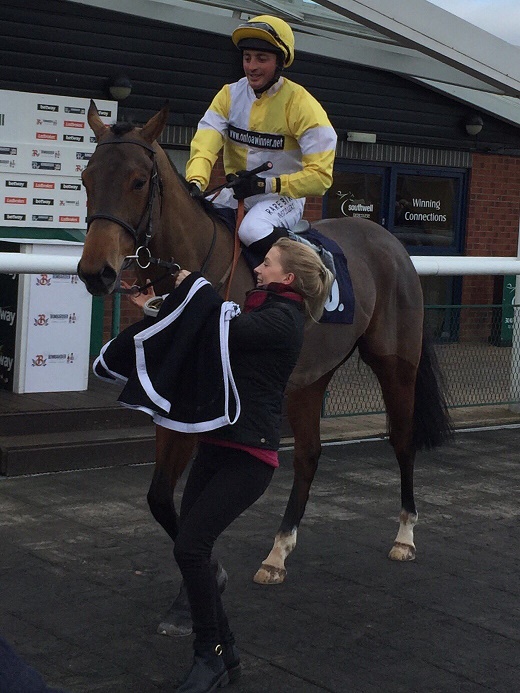