Amor De Mi Vida showed York racecourse is the first love of her life as the Dabirsim filly broke her maiden at York’s Saturday 25th of July meeting!

She broke well from the stalls and Hollie let her bowl along at the front of the field to set the fractions. As the race began to unfold, Amor De Mi Vida started to press on under Hollie and it became clear she was not for catching, securing a 1 and a 1/2 length success!

Well done to all her owners on your success, it’s a great to have winners at York and hopefully this is just the beginning for the filly! Thank you and well done to Archie Watson, Hollie Doyle and all the team at the Saxon Gate!

Amor De Mi Vida was purchased by Blandford Bloodstock and the Ontoawinner buying team at the 2019 Arqana V.2 Yearling Sale for €48,000!

Well done again to connections on deserved your success, hopefully it’s onwards and upwards from here! 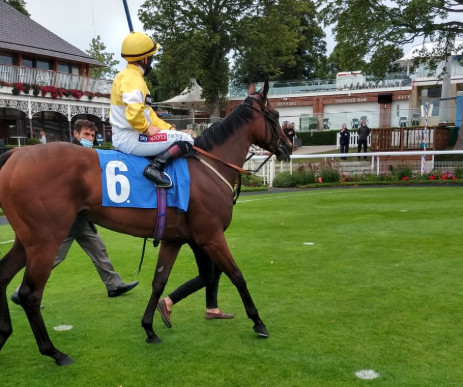