Corinthia Knight is the 3 Year Old All Weather Champion 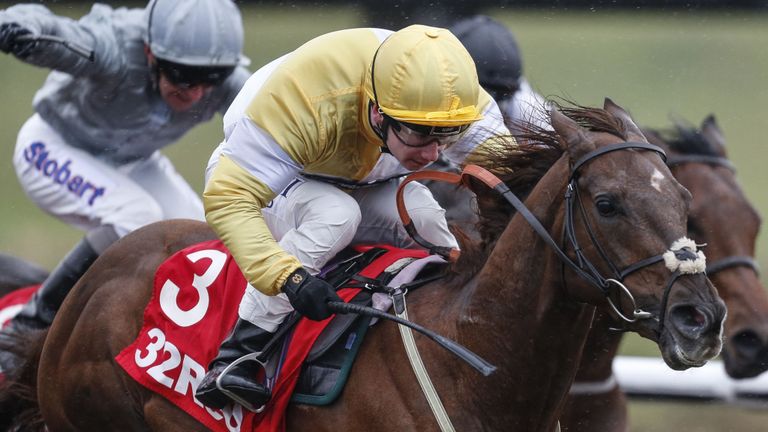 Corinthia Knight extended his winning run to 4 yesterday when landing his most valuable prize to date – the 3 Year Old All Weather Championship Stakes at Lingfield. He collected the tidy sum of £93000 for his efforts and confirmed that he is the best 3 year old sprinter on the all weather this year.

He opened at a price of 9/4 in the morning but a flurry of money saw him sent off the 5/4 favourite for the 10 runner race.

Drawn in stall 6, he was as professional as ever from the gates and Oisin took up a handy position tracking the leader. Entering the home straight, he took it up and he showed a superb attitude to go on to score by just under a length.

Speaking after another excellent ride, Oisin said he knew he was on the best horse and it was a matter of keeping it simple and that’s just what he did.

Huge credit must go to Archie and his team at Saxon Gate, they do such a fantastic job and the results speak for themselves. Archie is having a remarkable 2018 and is one of the brightest young stars in the training game.

It is such a privilege to be involved with a horse of his calibre and he has so many options now for the season ahead. A huge well done to his owners who are now spending the bank holiday weekend on cloud 9.