Two Ontoawinner legends lined up in the same race yesterday at Pontefract. Corinthia Knight, under Hollie Doyle was looking to register his 13th career success and Flying Pursuit was seeking his tenth win under Duran Fentiman.

Both were prominent in the early stages of the race. Leaving the turn for home, Hollie guided Corinthia to the near side rail and Duran kept Flying on the far rail.

Hollies maneuver proved to be a winning one with Corinthia winning the race on the near side and Flying coming 3rd.

These 2 horses have been a syndicate owners dream. Corinthia is now a winner of 13 races and over £340k, Flying a winner of 9 and over £210k.

A big well done to the owners, there is a bit left in their tanks yet! 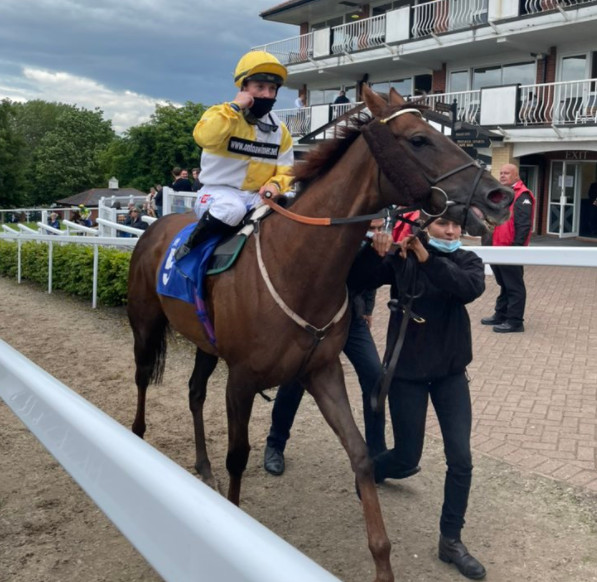