Delicious Bournville serves up a treat!

Our 5th winner of 2018 arrived on Monday with Bournville winning the first ever all-weather bumper to be held at Newcastle Racecourse. It was a fantastic moment for her owners, Jon Farmer and his parents, who named the horse after the area where they lived and also Roger Wilson, Andrew Butterworth and Steve Bedworth who were rewarded for their patience and loyalty.

Bournville has not been the easiest to train with various niggles and bumps in her short career, however, Karl Burke has always had faith in her and was confident she had ability based on her work on the gallops.

Karl booked Henry Brooke to ride for her racecourse debut, she was still very green jumping off but Henry allowed her to settle at the rear of the field before edging closer in the home straight. She still had plenty of horses to pass but Henry weaved Bournville through the field and took up the running a furlong from home and quickened clear in good fashion winning by nearly three lengths. Henry was very impressed given her greenness and commented she ‘had a big engine.’ Well done to all her owners! 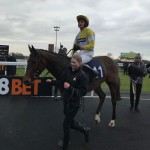 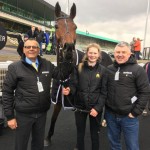 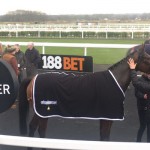 Tuesday saw Pearl Acclaim return to his favourite course, Southwell, where he has won three times since the beginning of December. He ran well to finish fourth and is now likely to have a mini break as he has had a busy eight weeks.

Our owners in Ireland have enjoyed a stable visit to Adrian Keatleys yard to see G Force and our new two-year-old colt by Compton Place. Adrian was in his usual good form and commented how he ‘really liked our colt who has a great attitude and his willingness to learn and please.’ The colt is a very relaxed individual and a lovely mover. We do have shares available : Click here for Compton Place Profile 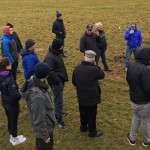 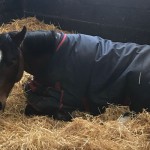 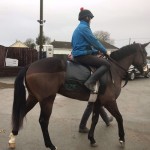 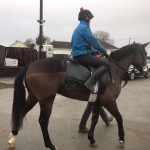 The coming week sees entries for Made of Honour, Krebs Cycle, Zoravan, Castle Hill Cassie and Aguerooo; best of luck to all connections.

A stable visit is planned for Saturday 10th March at Archie Watson’s Yard in Lambourn and further details will be released nearer the time. To book a place contact jonathan@ontoawinner.net. You can see our Breeders Cup placed Corinthia Knight, who has already qualified for the all-weather Finals on Good Friday. You will also be able to see our two new 2 year old horses (a Society Rock colt that quickly sold out but there are limited shares available in the Swiss Spirit colt, recently named Freddie’s Spirit – Click here for Freddies Spirit profile