Dungar Glory brings up the double at Ripon 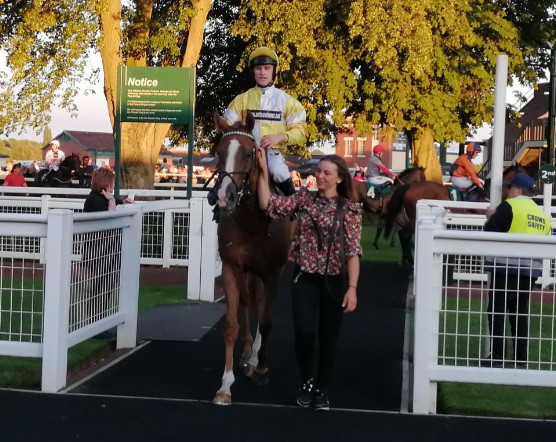 Dungar Glory made it a double at Ripon last night for Ontoawinner as she won the 3 year old mile handicap under a power packed ride from Jason Hart.

Jason had ridden her the last day over 10 furlongs and recommended we drop to a mile and he made use of her stamina from the start to lead in the early stages.

As the race unfolded, it became a 2 horse race with the David O Meara trained Head Chef. Our filly showed a tremendous attitude and held off the challenger late on to score by ¾ of a length.

A big well done to her owners and all of the team at Adrian Keatley’s on a deserved success.

Dungar brought up a double on the night with Temper Trap landing the apprentice race over the same distance under Brandon Wilkie. A memorable Ripon evening for the Yellow & Whites !