Flying Pursuit off to a flyer at Ripon! 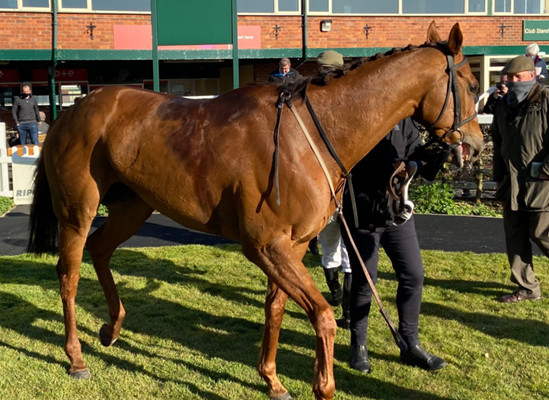 Flying Pursuit notched up his 9th career success and 4th at Ripon at their 7th of May meeting, a brilliant performance to start his season!

The Pastoral Pursuits gelding broke well enough despite jumping awkwardly and took up a prominent position early. With two furlongs to go David (Allan, jockey) got to work on Flying and he responded to take up the lead, with a furlong to go Flying continued to pile it on in his typical gutsy fashion and was not for passing, winning by 1/2 a length!

Flying has been a dream horse for his owners; he’s won back to back Sky Bet Dashes at York, he’s been 3rd in an Ayr Gold Cup, he’s a winner of 9 races and over 200k in prize money. Legend.

Well done to all his on your success, he’s been a fantastic horse to be a part of! Thank you and well done to Tim Easterby, David Allan who gave him a nice ride and everyone at Great Habton!

Flying Pursuit was purchased by Tim Easterby and the Ontoawinner buying team at the 2014 Goffs Premier Yearling Sale for £21,000!

Well done again to connections on your success, let’s hope it’s the beginning of a good season!