Show Me Show Me wins the Brocklesby 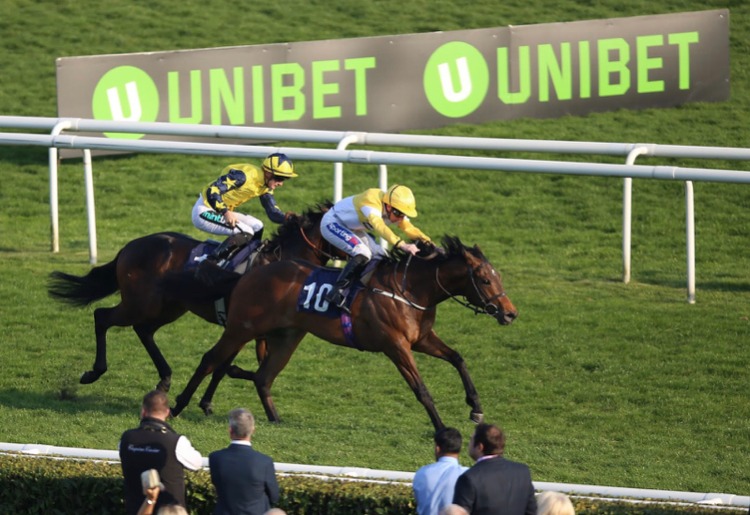 Saturday saw the start of the new flat season at Doncaster. We had 2 entries on the day, one in the Lincoln Handicap and one in the Brocklesby. First up was Raydiance who ran in the Lincoln, we were delighted with the run as he ideally needs softer ground, so he ran a very creditable race and travelled supremely well until 2 furlongs out where race fitness and the ground just found him out. Clifford Lee who rode him let him come home in his own time and was happy with the horse on the day. His owners were delighted with his efforts and we are confident there is a big win this year for him.

Next up we had Show Me Show Me running in the Brocklesby which is the first 2-year-old race of 2019. Show Me Show Me looked superb in the preliminary’s and behaved impeccably considering this was his first time in front of a large crowd. He travelled to the start well. Once the stalls opened, he broke fantastically well Paul Hanagan (jockey) had him in great position travelling supremely well throughout the race. Paul took up the running at the furlong pole and went a couple of lengths clear. In the last 100 yards he was joined by the second favourite Strong Power. Show Me Show Me showed a tremendous attitude and battled all the way to line winning by a cosy ¾ length. Paul Hanagan was very happy with the horse’s performance and thinks we have a lovey horse for the future. We are absolutely delighted for his owners and with this effort as this is the first time, we have had a Brocklesby runner and our first 2-year-old runner of 2019 which bodes well.