Twice Adaay broke her maiden in some style yesterday at Beverley with Harry Russell taking the mount on the Adrian Keatley trained 3 year old.

She was drawn in stall 2 for the 14 runner event. With an initial frenetic pace being set, Harry was happy to have Twice Adaay in mid division.

Just over a furlong out, Harry asked Twice Adaay to pick up and by the furlong marker, she went into a share of the lead and went on to win by a couple of lengths. 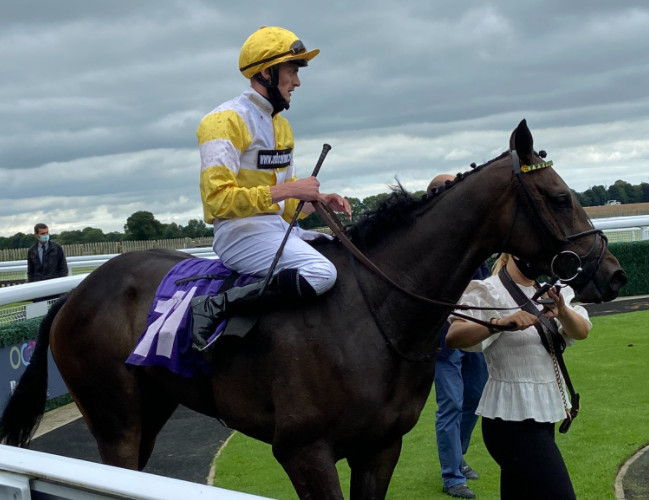