We had 3 runners this week and the action kicked off with Monpazier who ran on Monday in the 6 furlong, class 5 Maiden at Wolverhampton. From the off Monpazier was outpaced and showed signs of greenness and Joey wasn’t too hard on him and let him come home in his own time. Monpazier won’t be a 6 furlong horse and we can put a line though that run. He is likely to need a mile and there will be plenty of options for him once he gets a mark.

Next up was Vodka Red who ran on Tuesday at Newcastle in the conditional jockey’s handicap where Thomas Dowson who claims 5 lb took the ride. Vodka Red jumped well and travelled very nicely throughout the race. On the turn for home Thomas asked Vodka for more effort but he blew up due to his lay off and finished in 3rd position. He will come on for that run and a win can’t be too far away based on that evidence.

Next up was Abi Scarlet who ran on Thursday in the 7 furlong class 5 event at Southwell. Abi was outpaced early on and never figured in the race. It was a disappointing performance from Abi who ran really well on her last run. 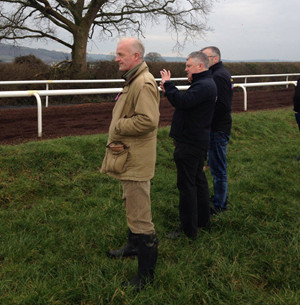 The countdown to Cheltenham is well underway now with the iconic National Hunt festival kicking off on Tuesday. The OnToAWinner team had the privilege of visiting Willie Mullins superb Bagenalstown operation a couple of weeks ago to see his Cheltenham string work, what an experience! Willie, Ruby, Danny and all the team were fantastic hosts and the cavalry of equine superstars made it a day to cherish. OnToAWinner would like to thank Willie and his team and wish them all the best for the 2016 Cheltenham festival.

With the flat season just around the corner, the excitement levels are reaching fever pitch at OnToAWinner towers. We have had some excellent feedback on our 2 year olds this week. Both Dougie Costello and Joey Haynes were riding out at Bens this week and were very complimentary about Henry – a speedy Sir Prancealot colt who will be out early in the season. He was described as “sharp, strong and everything you want in a 2 year old” , very exciting and positive feedback.We still have shares avaialble, Click here for full profile 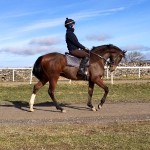 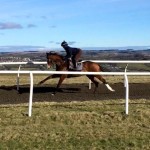 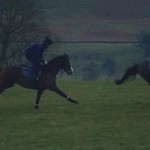