We had 2 runners that both ran at Southwell on Thursday this week. First up was Carbutts Ridge who ran in the 1 mile Class 6 event where Dougie Costello was aboard the Karl Burke trained 3 year old.

Carbutts was sent off a 5/1 3rd favourite for the race with the well supported Kemsing being sent off an 11/8 favourite. Carbutts was drawn in stall 3 for the 9 runner event. He is not known for his fast starts and from the off, Dougie kept him on the rail, tracking the leaders in mid division. On the turn for home, Dougie got more animated in the saddle, Carbutts responded and began to mount his challenge on the inner rail. By the time they hit the home straight, he had gone into a share of the lead but the favourite looked to be travelling ominously well on the outside. The favourite went on to score by over 3 lengths with the fading Carbutts Ridge being passed late on to finish in 3rd position. Considering he received a 7 lb rise for his win the last day, it was a very creditable effort from him to finish in the place money.

Abi Scarlet was next up where she ran in the 7 furlong seller event at the same track. Kieran O Neill took the ride aboard the Scott Dixon trained 7 year old. Abi was slow from the gate, outpaced and under pressure early on. Kieran was hard at work but she never got into a position to challenge and ended finishing in 6th position. Abi is not firing at the moment for whatever reason, we hope to get to the bottom of it sooner rather than later.

We added yet another 2 year old to the site during the week, a very reasonably priced Major Cadeaux colt from a family that we know very well. This colt is related to both Fast Shot and Flying Pursuit. He is a grand nephew of Fast Shot and a nephew of Flying Pursuit, this is a family that has brought us a lot of success in the past for reasonable outlay. He is in training with Tim Easterby, Tim is very fond of the family and recommended him to us, when Tim recommends one,we always take note.

You can view his full profile here : Major Cadeaux

We will be having a stable visit to Tims on Saturday the 13th February. We will confirm the exact details closers to the time. If you are interested in shares in any of Tims horses, get in touch and come along to what’s sure to be a fantastic day out.

Check out the latest video of our Sir Prancealot colt flying up the gallops at Ben Haslams. The reports on this horse have been excellent to date, he is reported to be a workaholic with a fantastic temperament, a very exciting one for this year.

Below are the latest pictures from Kublers of our Sepoy Colt. He really is a stunning looking colt in the mould of his sire.

His full profile can be found here: Sepoy Colt

Finally, we would like to wish Jordan Vaughan all the best as he heads back to work following a leg break sustained at York last year. Jordan is a very talented young jockey who gave us one of our most memorable wins when Little Lady Katie won a very valuable nursery at Newmarket (pictured below) 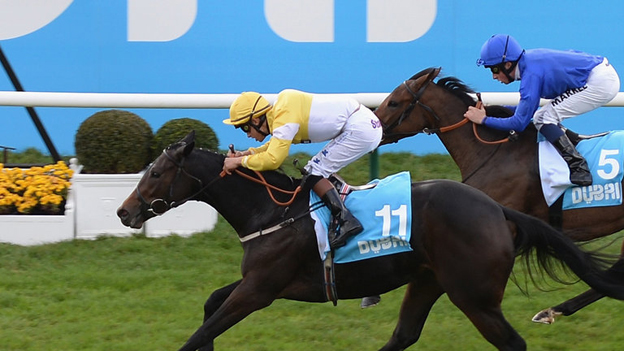