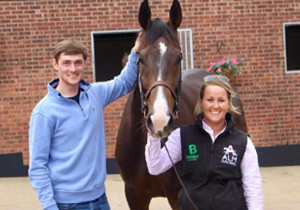 In her formative years, Amy rode out for the likes of Nicky Henderson. Despite the distraction of regularly riding out and racing, she attained a triple distinction of highest honours at Hartpury in Horse Management. Further education was not in her plans as she set off for Cheshire to Manor House Stables, the new base of Tom Dascombe. Starting out as a barn leader of 25 horses, Amy became Pupil Assistant after just one season where her roles included taking care of a select set of horses based in Deauville for the summer meeting. After a couple of years at Manor House, Amy wanted to widen her career and set off down under for a six-month placement in 2012 with legendary trainer Gai Waterhouse. After only a short while track riding, Waterhouse sent Amy off to other parts of Australia, travelling, among others the likes of Sweet Idea, a subsequent Gr.1 winner, who is now part of the Queen’s broodmare band at the Royal Studs. It was in April 2013 that Amy came back to Britain, where she took up the position of Pupil Assistant to Luca Cumani, subsequently taking over the role of Assistant Trainer in January 2015, after Cumani’s son Matt moved to Australia. Amy’s time at Bedford House Stables coincided with the return of Gr.1 winners in the shape of Postponed, who Amy was work rider for, and Second Step, as well as a host of other Stakes winners and performers. After 3 successful years working for Cumani, Amy’s appetite for racing only grew stronger. Gaining her training licence in August 2016, means that Amy is one of the countries youngest trainers. This being said, her weighty experience and enthusiasm means that she is also one of the most passionate. A firm grounding, high attention to detail and work ethic, means the full potential of every horse will be realised. Amy is well placed to become a successful trainer having already been an owner and also an amateur jockey. 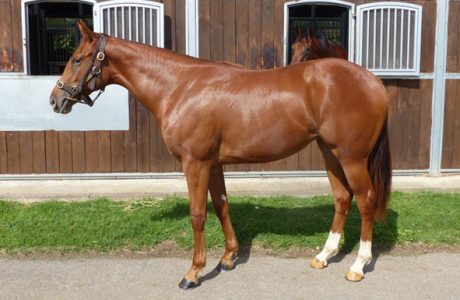