Some shares have become available in Danny Ocean. Danny won 1 race and placed a further 5 times in his 2 year old season this year. He won an impressive 20k in prize money this year. Now rated 77, he is improving all the time and will better in his 3 year old season. He is a fantastic physical specimen and we are excited to see him on the track next year.

We are delighted to offer this beautiful bay colt by the exciting sire – Dandy Man. He looks a really strong, sharp type. He fills the eye beautifully and demands your attention. He will be every inch a 2-y-0.

Dandy Man was top class sprinter who won 6 races over 5 and 6 furlongs amassing prize money of £285k along the way. He is known for being an excellent source of 2 year old winners. His stock as a sire is continually on the up. He is by a July Cup winner & out of a Molecomb winner, he was bred for one essential attribute…speed.

Residing at Ballyhane, Dandy Man, a son of Mozart, has supplied the likes of Peniaphobia, winner of the Group 1 Hong Kong Sprint. He began stud duty in 2010 and has earned a reputation for producing talented and precocious stock.

The dam, Loud Applause, by Royal Applause was unraced and this is her first foal.

Our colt is an exceptional stamp of a racehorse, and looks one to have a lot of fun with next year. He has everything you look for in an early sort. He is a March foal. He’s strong, athletic and has a very nice walk. 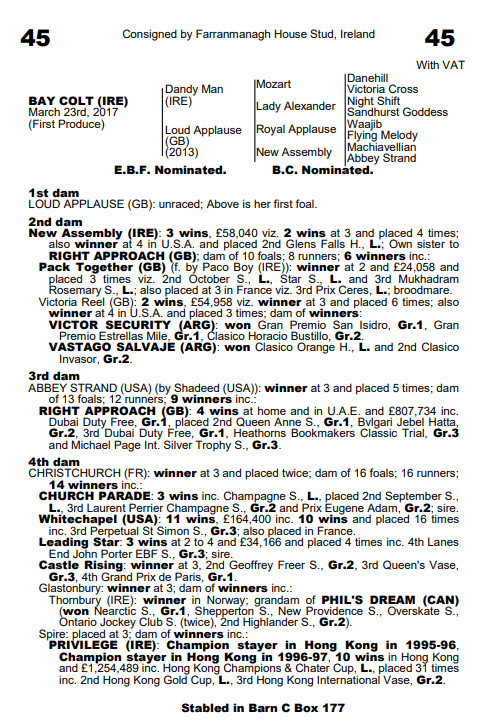 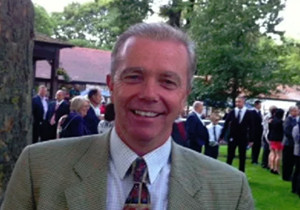