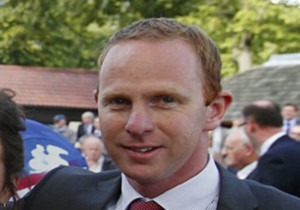 David entered the training ranks in 2010 and has amassed over 850 winners in that short space of time. In 2013, David had over 100 winners in his first season. He has since managed to replicate this in each of the past 6 seasons. Along with the large numbers of winners, David has had success at the highest level in each of the past 6 seasons also. Group 1 winners Suedois, G Force, Move In Time, Amazing Maria and Mondialiste have flown the flag for the team at an elite level. The transformation of horses is something David is fast at getting a name for and gaining much respect from the racing world. This is highlighted by the list of Group 1 winners who had all previously been trained elsewhere before reaching the heights they achieved with David. In January 2016, David moved to a purpose built facility on the 120 acre Willow Farm located just outside of York. Complete with two All Weather gallops, Willow Farm will be one of the top training facilities in the country and will compliment David’s current standing in the training ranks as one of the premier places to have a horse trained in the U.K.