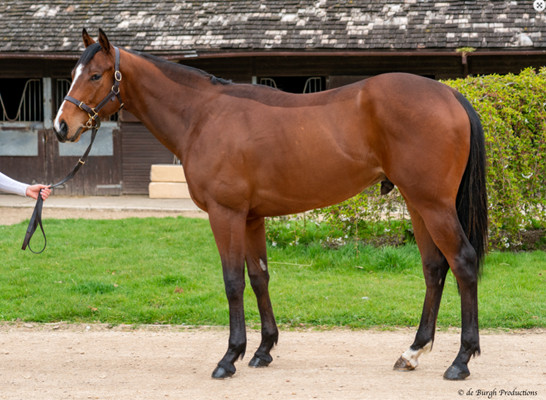 We are delighted to add another to the string with Adrian Keatley. This cracking colt was purchased at the recent Doncaster Breeze up sales.

This colt is a late April foal who is a very good size and very mature for his age. The ground on the day was quick and he did the second fastest gallop out of the day which is extraordinary for a late foal by Mayson, considering his offspring generally prefer some cut in the ground.

Mayson was a top-class sprinter who ran over 5 and 6 furlongs and amassed career prize money of over 400k. During his career, he won the Group 1 Darley July Cup at Newmarket, 6f (beating Ortensia, Society Rock, Sepoy and Strong Suit). He won the Group 3 Palace House Stakes. He was officially rated higher than his very successful Group 1 sire, Invincible Spirit. He is also the highest-rated son of Invincible Spirit at stud.

The dam – Rapid Recruit is by Fast Company. She is the dam of 3 runners, 2 winners.

Our colt is a fantastic specimen and came very highly recommended by his consignors (Mark Grant Racing). Mark broke Oxted who was Maysons first Group 1 winner who had a top rating of 119 and has amassed over 500k in prize money. Mark thinks this colt has real talent and we were delighted to secure him.

This colt is a very good looking horse, he moves superbly and is a sure fire winner for the season ahead. Get in touch to avoid disappointment. 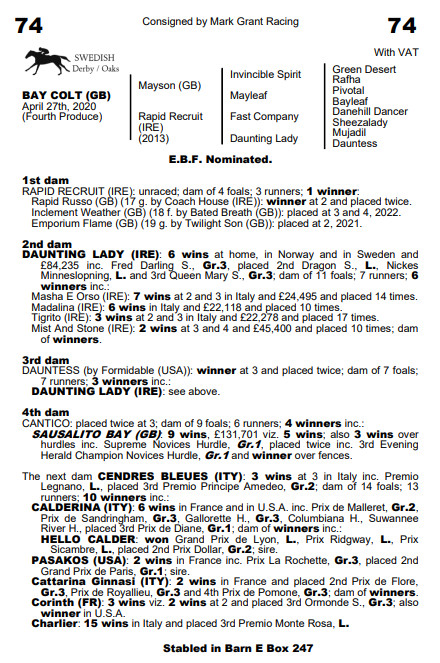