Our Charlie Brown has been a fantastic horse for us over the past few years winning 6 races and placing a further 9 times from his 46 starts. He has recently moved to Adrian Keatleys and will be kept busy over the summer months. Adrian has a reputation of improving horses and we see him as the ideal trainer to get more wins out of Charlie.

By American Post colt, he was purchased at the Doncaster Silver Yearling Sales .

American Post was one of the best two-year-olds of his generation in Europe in 2003, recovering from a narrow defeat on his debut to win his three remaining races and becoming the first horse to win both the Prix Jean-Luc Lagardere in France and the Racing Post Trophy in England. In the following spring he extended his winning run to six with victories in the Prix Omnium II, Prix de Fontainebleau and the Poule d’Essai des Poulains before finishing sixth when third favourite for the Epsom Derby.

This is a very reasonably priced horse that guarantees his owner wins. He will be active most of the year and is sure to give his owners some fantastic days out. Get in touch with any queries you may have. 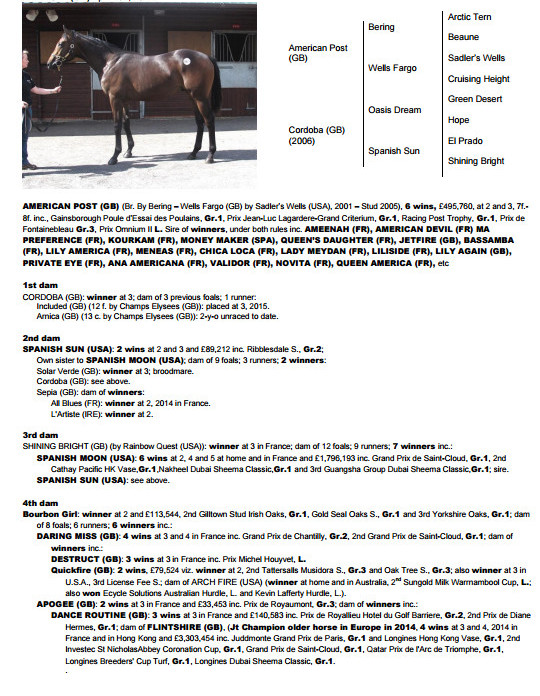