We bought this gorgeous filly by Pride Of Dubai with top trainer Kevin Ryan, she has been bought pre breeze-up sales with the intention of going well on debut and heading to Royal Ascot!

The Sire, Pride Of Dubai was a top class Group 1 winning 2 year old and is having his first runners this season, and they have made a fantastic start already, he’s certainly a Stallion to follow!

The Dam, La Grande Elisa is by Ad Valorum and was unraced. She is the Dam of 3 runners and 1 winner; the winner is called Leeshan and has a high rating of 81!

This Filly came highly recommended by her consignor who is a shrewd judge, we hope she runs as promised and ends up at Royal Ascot, she’s trained by a fantastic trainer in Kevin Ryan and she has a lot going for her so get in touch to avoid disappointment and have yourself a chance at a Royal Ascot runner!

*UPDATE*
Star Of Emaraaty ran in a very hot maiden at Haydock, finishing a fantastic second. She then went on to Royal Ascot as promised and ran a decent race too, staying on to the line; she will appreciate a step up in trip to 6 furlongs on her next outing and will hopefully be going very close and breaking her maiden before going on to better things in the near future! 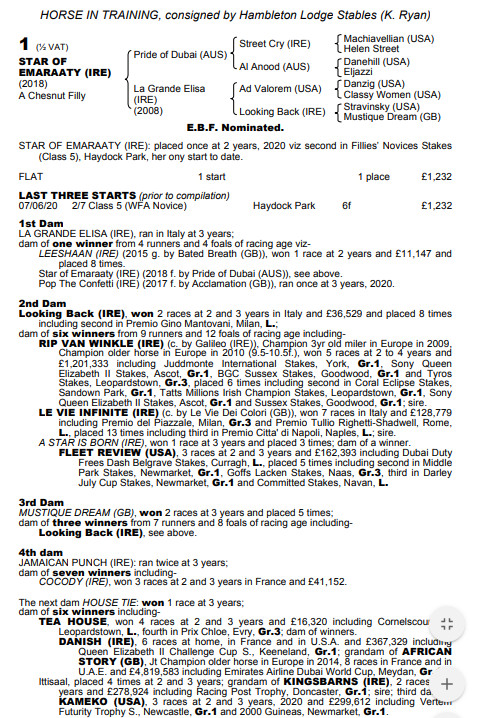 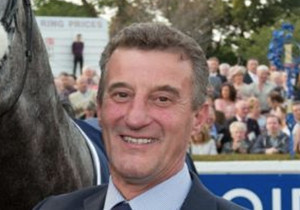 Kevin has amassed over 1500 winners abd has secured his reputation among the best trainers in Britain. In 2014 he reached the highest echelon of flat racing with the help of The Grey Gatsby. Having won the Group 2 Dante at York